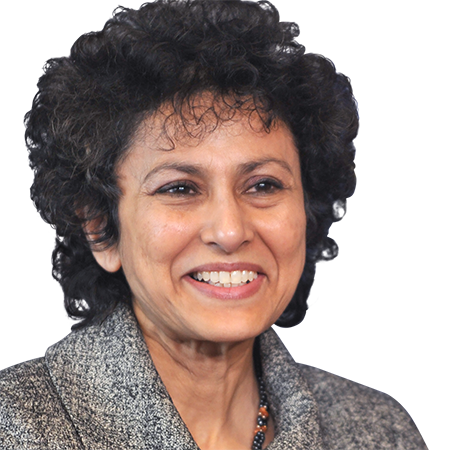 UN Special Rapporteur on Freedom of Opinion and Expression

Human rights must prevail in quest to curb disinformation

Digital technology has revolutionized how information is produced, disseminated and consumed. In so doing, it has strengthened the right to freedom of opinion and expression, but has also, in some ways, endangered it.

Digital technology empowers us by expanding outreach, amplifying messages and providing accessible tools to communicate across frontiers. Social media platforms allow people to debate, coordinate and share views in real time. Human rights defenders use digital spaces to expose human rights violations. Looping virtual and physical worlds, activists mobilize protests and challenge power, even in authoritarian societies.  Many people have found new voice on the internet that they are denied in the physical world.

Consider how digital technology amid the COVID-19 pandemic eased social isolation and enabled us to continue our daily activities with online schooling, shopping and work. But think, too, of nearly 2 billion people with no internet access in developing countries or trapped in pockets of poverty in wealthy countries. Unequal access to digital technology creates new inequities and undermines human rights. Digital inclusion is vital both for freedom of expression and for achievement of the United Nations Sustainable Development Goals.

A major threat to freedom of expression is online misinformation and disinformation. Spreading false information to cause harm is not new. What is new is that digital technology allows false or manipulated information to be created, disseminated and amplified at a speed, scale and reach never known before.

Algorithms, targeted advertising and data harvesting practices on social media drive users toward extremist content in ways that feed and amplify disinformation. Robbed of autonomy to freely select information and develop their own views, users are disempowered.

Various actors have used online disinformation to manipulate democratic elections, disrupt COVID-19 vaccination campaigns and attack women, minorities and political opponents. Disinformation seeks to displace truth, so it often targets truth tellers, such as human rights defenders and journalists. The objective is to destroy public trust in the integrity of information and institutions.

Disinformation and misinformation are problematic for freedom of expression, but so too are the responses of countries and digital companies.

Under the guise of fighting online disinformation and misinformation, many countries have taken disproportionate measures, such as internet shutdowns, or have adopted “false news” laws to censor legitimate online speech and prosecute political opponents, journalists and human rights defenders. These measures violate freedom of expression and do little to combat disinformation. By discouraging diverse views, they hamper fact-finding, feed rumors and undermine public trust.

Company responses to disinformation have been mostly reactive, inadequate and opaque. While the largest US-based companies have taken some steps to remove false information, they have not addressed how their own business practices drive disinformation and misinformation. Furthermore, they undermine free expression through inconsistent content moderation, unclear policies, and poor redress mechanisms.

So, what should states and companies do?

States should refrain from sponsoring or spreading disinformation. When considering restrictions to expression, they should scrupulously respect international standards of legality, necessity and legitimate aim. States must also enforce strong data protection laws. They should promote varied, independent and reliable information sources and invest in digital literacy to build the resilience of their citizens against disinformation.

Companies should review their business practices to ensure that their operations, data collection and data processing practices comply with international human rights standards. Companies must be more transparent and provide adequate remedies to users who are affected by their decisions.

Reaping the benefits of technology for freedom of expression while mitigating the risks requires a partnership of states, international organizations, companies and civil society, based on full commitment to human rights.

Irene Khan has been the UN special rapporteur on the promotion and protection of the right to freedom of opinion and expression since August 2020. She is the first woman to hold the position since the establishment of the mandate in 1993. An internationally recognized advocate for human rights, gender equality and social justice, Khan teaches at the Graduate Institute of International and Development Studies in Geneva and is co-author of “The Unheard Truth: Poverty and Human Rights,” which has been published in seven languages.

Khan was secretary-general of Amnesty International from 2001 to 2009. Under her leadership, Amnesty International strengthened its work on political and civil rights, especially in the context of counterterrorism and armed conflicts, while also expanding its mandate to include economic, social and cultural rights. The first woman to head Amnesty International, she launched its first global campaign to stop violence against women and girls.

From 2012 to 2019, Khan headed the International Development Law Organization, the only intergovernmental organization exclusively devoted to the rule of law and sustainable development. In that capacity she co-convened the UN Conference in Preparation of the Review of SDG 16 in 2019, the High Level Group on Justice for Women in 2018 and the Conference on Rule of Law in Africa in 2016. She expanded programs on access to justice and championed Sustainable Development Goal 16 on peace, justice, access to information and effective institutions.

As consulting editor of The Daily Star in Bangladesh from 2010 to 2011, Khan covered human rights, democracy and gender issues and supported independent media. She was visiting professor at the State University of New York Law School in 2011 and chancellor of Salford University in the UK from 2009 to 2015.

She began her professional career with the UN High Commissioner for Refugees, working for 21 years at headquarters and in various country operations, including chief of mission in India and deputy director, Division of International Protection.

Khan collaborates with the Columbia Global Freedom of Expression program, including as a member of the jury of the Global Freedom of Expression Awards. She was a member of the World Bank Gender Advisory Council, the UNAIDS High Level Panel on HIV Prevention and Human Rights, and the UN Global Compact Advisory Council. She sits on the governing boards of the Overseas Development Institute (UK), BRAC (Bangladesh) and Barefoot Law (Uganda).

Khan has received several awards, including the Sydney Peace Prize in 2006, for her contribution to human rights. Born in Bangladesh, she studied at Manchester University and Harvard Law School.